Have we passed the peak in accumulation of official foreign exchange reserves? This has very important implications for the G7 debtor nations (US, UK, Germany, France, Japan, Italy, Canada) whose debt was long preferred.

There are several reasons official reserves may have peaked this year. Let's unpack it.

Currency interventions require selling foreign exchange reserves to buy your own currency to prop up its value in global markets. This can reduce imported inflation as most goods and services traded globally are priced in USD and EUR. As USD surged in 2022, central banks of nations big (Japan) and small (Czech Republic) intervened to stabilise their currencies.

Geopolitical stress is rising, with the largest external debtors US ($24 trillion) and UK ($8.73 trillion) determined on forever war with creditors Russia and China. It is rarely good to characterise your creditors as human rights abusers, war criminals, and violent thugs. They may decide not to fund your own military adventurism and prisons. Russia sold off much of its US debt after 2014. China appears to have stopped accumulating US debt in 2022 (down to $971.8 billion in August 2022, from $1.047 trillion in August 2021).

Real rates of return (inflation less interest paid) have turned sharply negative as inflation surges in G7 debtor states. Central banks have been slow to hike, and Bank of Japan has refused to hike. The gap between policy rates and inflation keeps growing wider. Holders of official reserves are losing real income from their reserve portfolios.

Bonds repricing lower forces holders to mark down bond portfolio valuations. US Treasuries, the benchmark of all debt markets, have devalued by 22 percent in 2022. Other G7 debt has fared much worse as the USD surges relative to JPY, EUR, CDN, GBP and CHF. This leaves many central banks reporting large losses. The Swiss National Bank, one of the biggest holders of reserves, has reported losses of CHF141bn on its foreign exchange reserves to date in 2022.

Sanctions are making reserves 'risk assets' rather than 'risk free'. The 'risk free' characterisation of official reserves developed from peer custody of sovereign debt with central banks of issue so losses were said to be impossible.  Weaponisation of reserves by US and UK to destabilise targets (e.g. Venezuela) before 2022, and their allies in 2022 after Russia invaded Ukraine have destroyed the 'risk free' narrative. Creditor states have learned their official reserves are very much at risk and can be used as an economic weapon to destabilise the economy or even expropriated to fund a coup (e.g. Bay of Piglets).

Alternatives exist that may work better. China began talking 'economic stability' rather than 'financial stability' about 5 years ago. China accumulated large stockpiles of gold, energy (coal, oil & gas), commodities (copper, nickel, steel, etc), and food. These stockpiles at home may be better insurance of economic resilience than official reserves held in foreign capitals. When war in Ukraine shook global wheat markets in the spring, China held 50% of all wheat stockpiles. In October 2022 inflation was 3.8% and stable in China, while still surging elsewhere. As China's currency and bonds outperform in 2022, their share of trading revenues and official reserves will likely grow too. 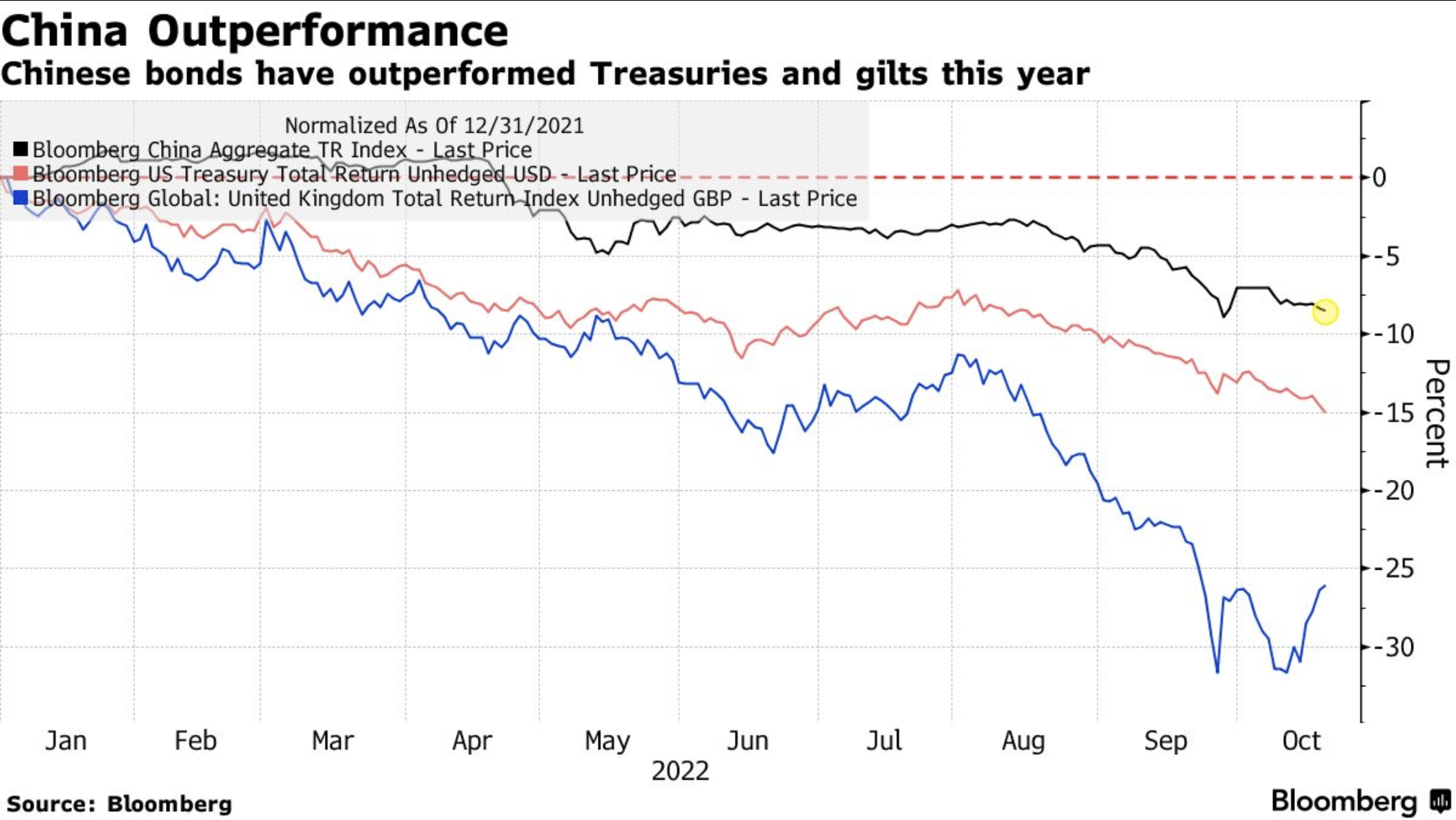 Gold, the original money, is back in fashion too. Central banks that report added a record 400 tonnes to gold reserves in just the third quarter of 2022. Additional purchases are likely at central banks that do not publicly report their holdings. 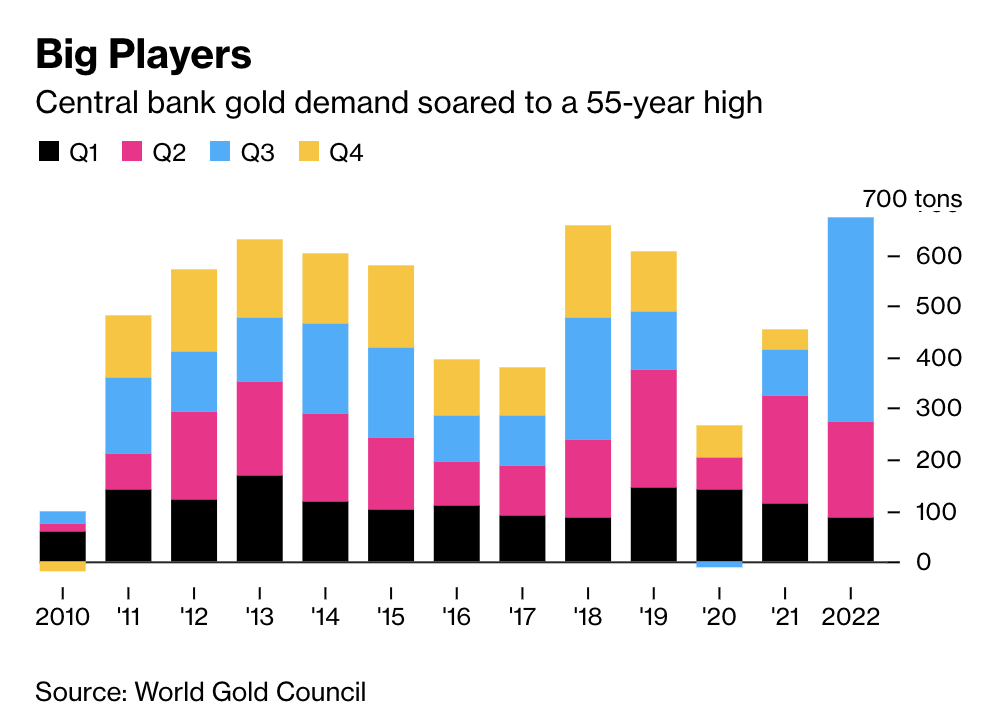 Few countries are curbing spending plans yet in the face of bond market illiquidity. The G7 is now accustomed to central banks buying as a backstop, but there may be limits. The crashing JPY is largely because the government keeps announcing new spending even as the central bank refuses to hike rates. After 30 years of QE the Bank of Japan now owns more than half of all JGBs and the market is so illiquid it can go days without trading. In the UK, the September announcement of unfunded energy subsidies and tax cuts caused a crisis in GBP and gilts, already selling off through 2022. In the US virtually every politician expects to keep spending regardless of market conditions. For now USD keeps rising, and the Fed is modestly reducing its balance sheet. If there is a creditors' strike, and peak global buying of USTs is in the past, that could force a change.