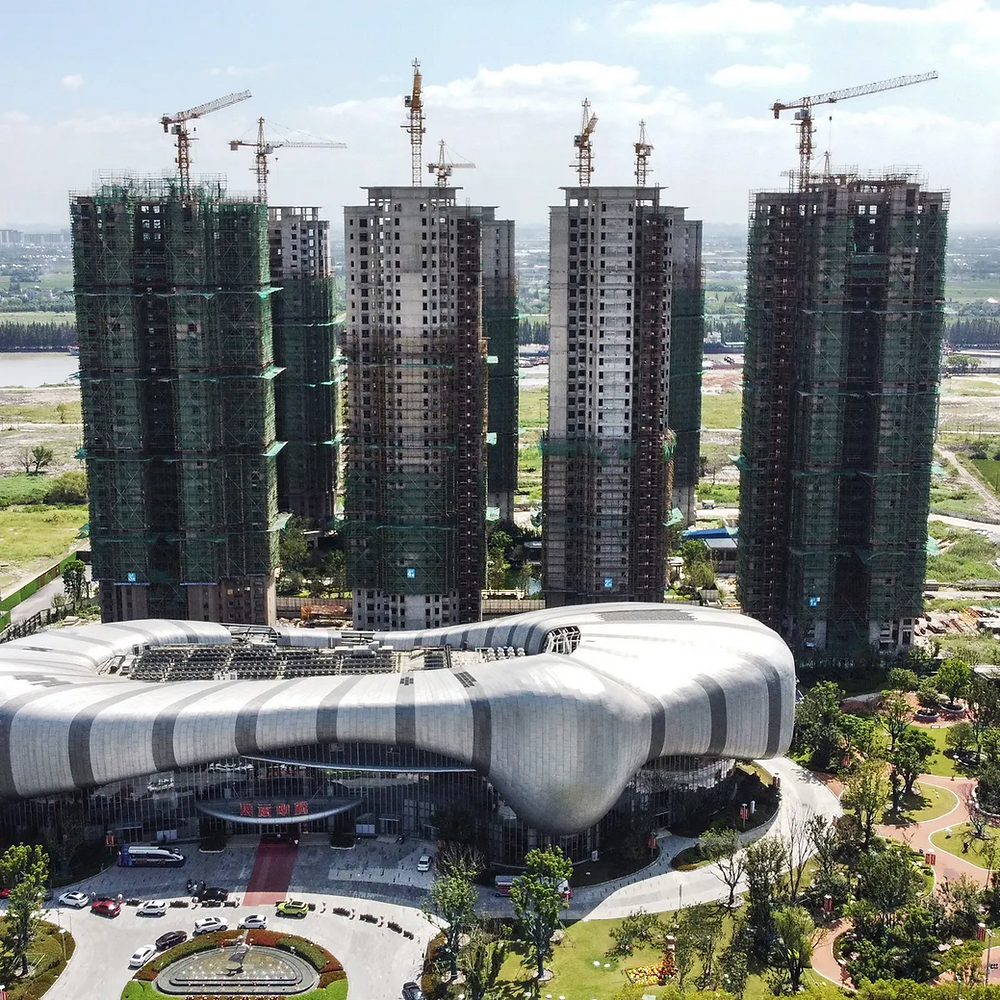 Kaisa shares have been suspended after it missed payment on 'wealth management products' that weren't disclosed to investors or acknowledged in its annual report. Fantasia missed interest and principal payments to domestic investors this week as well. A Chinese property developer share index is down 10 percent on the week from already reduced levels. Link Deleveraging a bubble as big as the Chinese developer complex is going to pose all kinds of challenges. While global interest has shifted toward other topics, expect turbulence if it refocuses on developer defaults.

The primary market for dollar denominated debt is feeling contagion from Evergrande. Rates are higher than they have been for a decade and investor demand is dwindling as concern widens to other developer debt. 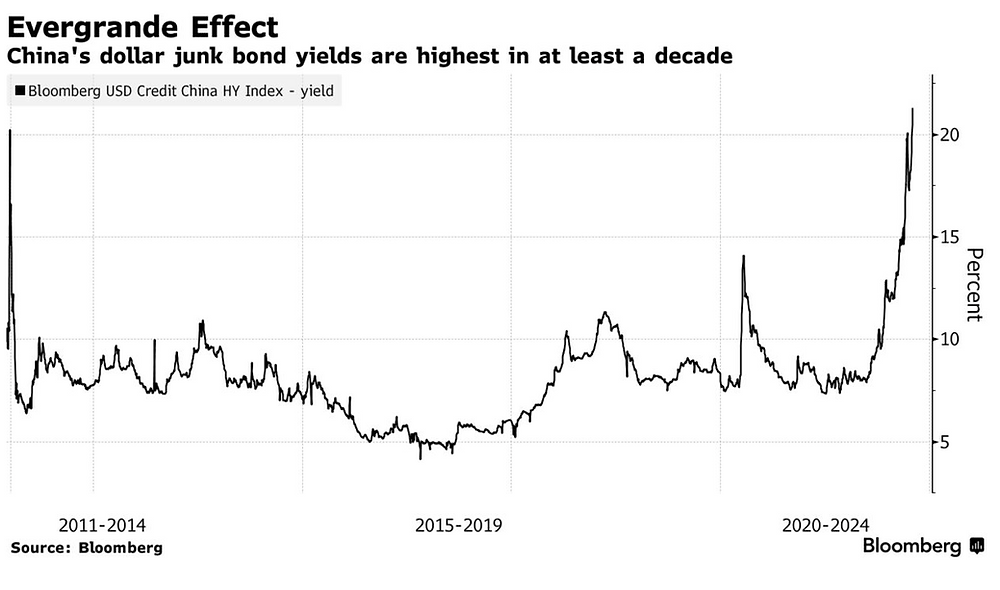 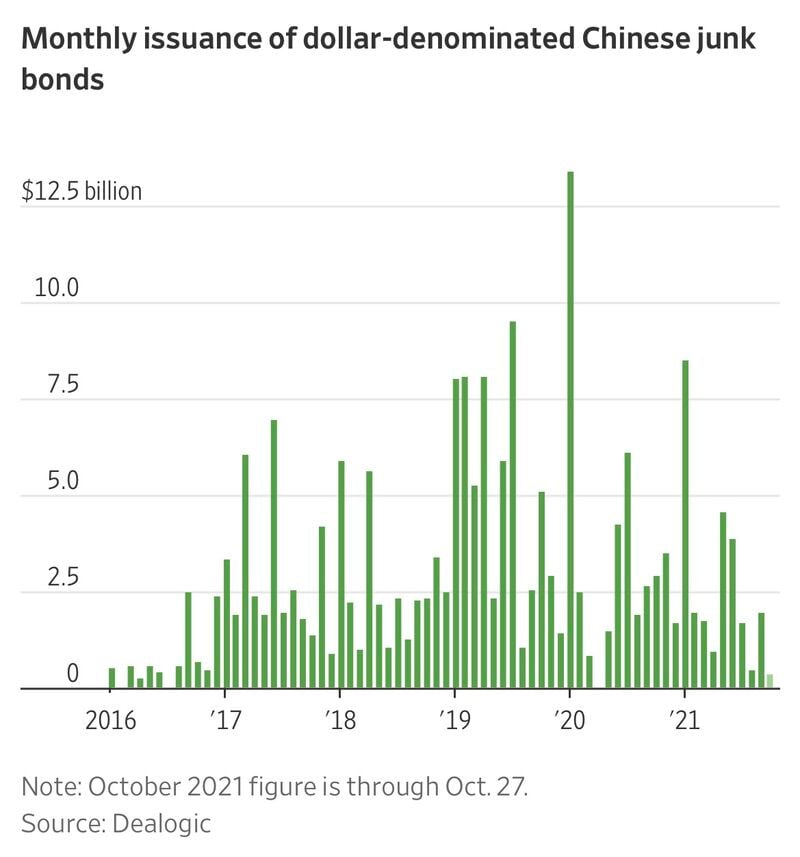 Only 2 small developers are still getting dollar finance this week. Chinese developers have more than USD 30 billion they will need to refinance in 2022.

ORIGINAL POST: Bonds and stocks both fell together in major markets yesterday, something quite unusual in permanently bubbly markets still drawing central bank liquidity. My view is that assets are deflating because the collapse of China's Evergrande developer, and default to foreign creditors holding its bonds, is a giant margin call on the whole world's leveraged real estate complex and developer valuations.

Every developer who sells boxes of air in exchange for consumers' life savings 'off plan' is now worried about the sustainability of that finance model. Every asset manager who has invested pensions and insurance funds, or even billionaire family office funds, for bonds of those same developers is similarly worried. And those boxes of air or semi-built towers are not the good collateral this week that they seemed two weeks ago. And that will make central banks and politicians worried too.

While central banks have proven they can create infinite money this century, they can't magic steel, concrete, or skilled labour to support a global real estate developer complex now under intense creditor and supplier scrutiny.

Two weeks ago hedge fund leverage and investor margins both hit record highs. When a leveraged market bubbling higher on increasing leverage stops being able to grow the leverage or the margin, then the risk of a sharp retraction rises. Any disturbance that causes a re-evaluation of either lending capacity or collateral valuation is going to pop the bubble. Evergrande may have been the pin that pops this over-leveraged bubble.

And then think that investors in Evergrande's dollar bonds - another missed payment today - are scrutinising their portfolios for similar risks on other developers.

As far as I can tell the Chinese authorities have behaved with admirable restraint, quietly urging local authorities and state owned enterprises to take on some of Evergrande's assets to keep it liquid enough to pay domestic creditors, suppliers, and contractors to finish current projects. The People's Bank of China has been adding liquidity for nine days, and seems to have succeeded in minimising a near term domestic crisis of confidence.

It is investors outside China that are beginning to worry. As they worry, they may deleverage. As they deleverage all assets are likely to become a bit less bubbly.